TMA testing for the co-efficient of thermal expansion (CTE) of solids from -150 to 1000°C. GPC calibration standards, and research co-polymers from N America at reduced prices.

John Gearing MA (Engineering Science), was author of the chapter on DMA in Marcel Dekkers’ book – “Handbook of Polymer Testing” – Editor Roger Brown, 1999. We have our own DMA/DMTA and this is often the best way to see subtle differences between a good and bad batch of “similar” materials. We can go from <-100C up to over 400°C as needed. 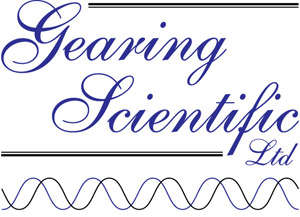 Gearing Scientific Ltd have over 30 years experience of DMA / DMTA testing of polymers and composites for the glass transitions (Tg’s) and relative stiffness at certain vibration frequencies. From <<-100°C up to as high as is needed.

Over 35 years experience of thermal conductivity testing from 0 to 250°C (or less for some materials!) using one of 6 different apparatus here in our lab. From vacuum panels to any plastic or rubber or composite material. Also Cp of composite panels. Solids and liquids and gels etc.